The series includes 16 works in total – currently in progress.

Today postal-modern western societies develop a qualitatively new radicalization of the individualization process – promoted by the globalization, the pluralism diversified life styles increased as well as the demand for widely self-determined surroundings. The photo series “Individualization“ shows the wish of the human being for individualization “in a nutshell“.

The functional "line houses" by famous Bauhaus-architect Ernst May – the entrance sections are shown here – were built in the 1920s in Frankfurt, Germany. Originally, they were pre-fabricated, highly functional units, following egalitarian ideals by being unvaried in design. During a visit with students in the 60s town planner Ernst May was horrified by personal changes and additions made by the owners. Reportedly he even rang door bells and verbally attacked the surprised residents. 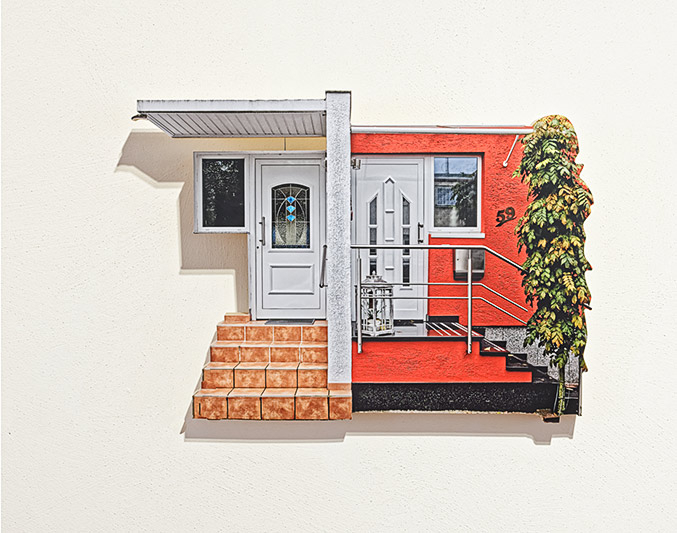 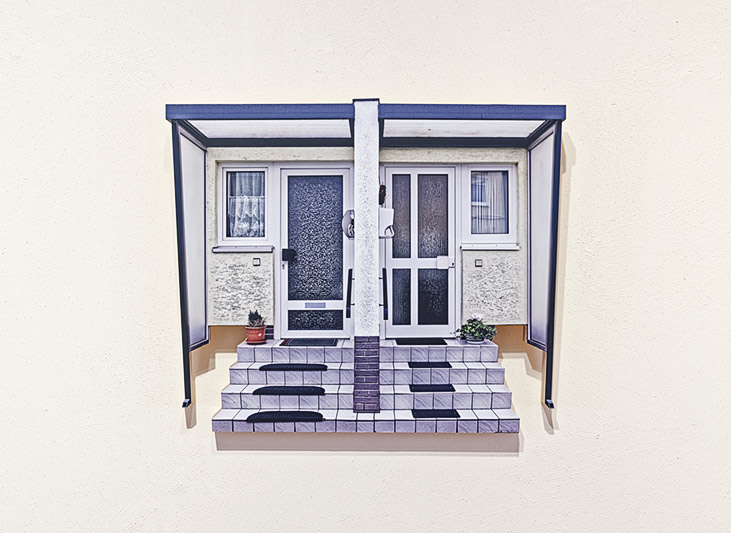